The Augmented Object Studio (SOA) is organized around a set of sessions covering the basics of interaction design between physical objects from traditional techniques and virtual objects and machines. Divided into several specific modules, the course has the ambition to introduce complex notions such as low-level computer programming, to use and create sensors and actuators, understanding networked communication practices but also facilitating hybrid explorations thanks to rapid prototyping tools.

At the crossroads between traditional practices and the potentialities of the digital world, the Studio allows student to explore new forms of creation where the hand meets the machine creating a new kind of intelligence, to hybrid the dynamic behave of electronic environments. 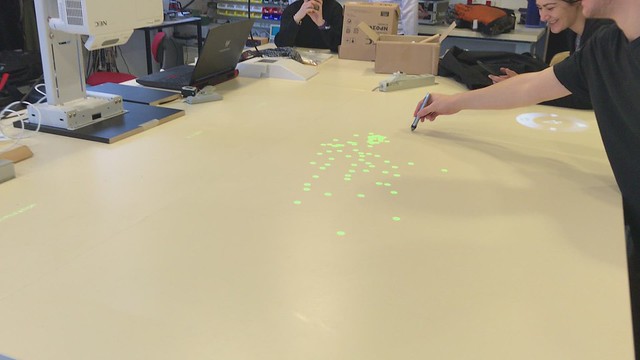 EXAMPLE OF EXPERIMENTATION FROM STUDENT